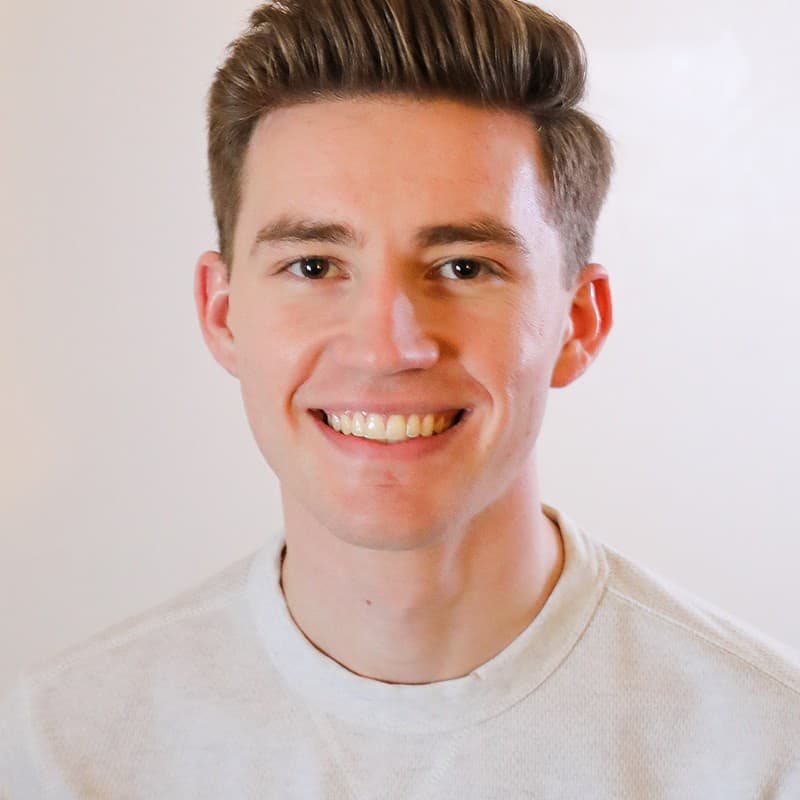 Tommy Wasiuta is a New York City based tap dance performer, choreographer, and educator. He trained in multiple styles of dance at Performing Arts Centre in Saint Charles, Missouri, under the direction of Tracy Davenport and Anthony Russo. In 2017, he was selected to attend the Tap Program at the School at Jacob’s Pillow led by Dormeshia and Michelle Dorrance. As a founding member of St. Louis based tap company, moSTLy Tap, he played a fundamental role in the formation of the St. Louis Rhythm Collaborative (STLRC), a nonprofit arts organization striving to connect, educate and inspire the STL community in rhythm. The STLRC made its debut performance with In Due Time, a live music and dance tribute to the Dave Brubeck Quartet, where Tommy was a co-creator, choreographer, and performer. In 2021, Tommy released his debut tap album “EBTKS Feet. Tommy Wasiuta” in collaboration with Everything But The Kitchen Sink. The album includes original compositions by himself and saxophonist Tanner Caldwell. After moving to New York City, Tommy performed in “Woodwind Motion” choreographed by Max Pollak and presented by Gene Pritsker. His most recent credits include the world premiere of “Once Upon A Time Called Now”, an original show created by tap artist, Michela Marino Lerman, and bassist, Russell Hall, at The Joyce Theater. He has also performed at The Joyce at Chelsea Factory in “A Little Old, A Little New” choreographed and directed by Luke Hickey.

Tommy is proud to share his love for tap dance across the United States. He teaches in NYC at Bridge for Dance and Common Ground, and in St. Louis at the Center of Creative Arts (COCA) and STL Rhythm Collaborative. He also tours with Beyond the Stars Dance Convention and has been on faculty at RIFF Dallas Tap Festival, Swingin’ into Summer Tap Festival, the Orlando Tap Festival, and the Big Muddy Dance Fest. Tommy holds a Bachelor of Science in Accounting from the University of Missouri – St. Louis.