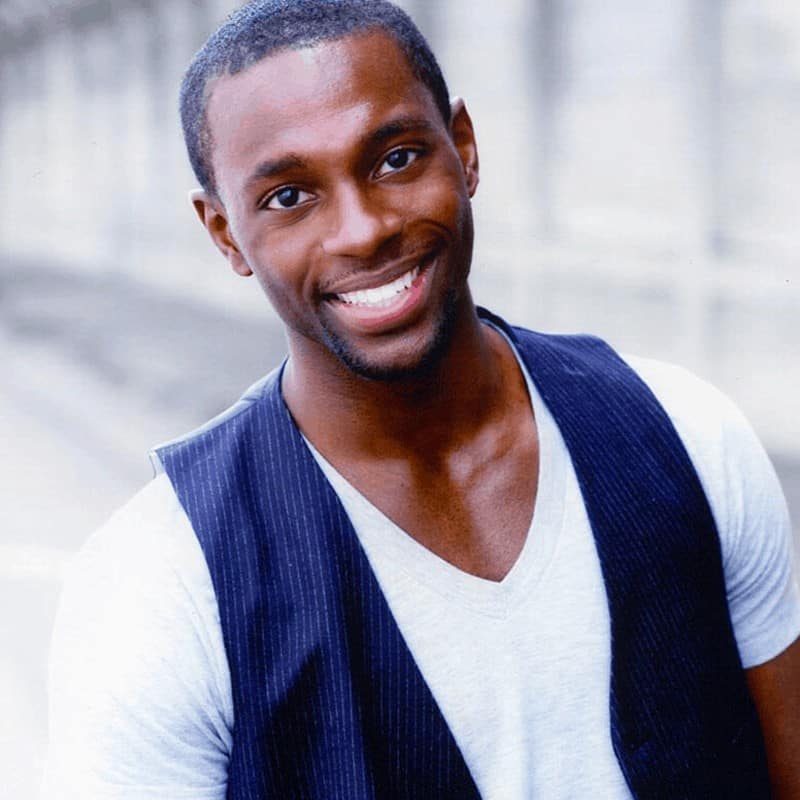 Kristopher Thompson-Bolden is an actor, singer, dancer, teacher, and producer originally from Houston,Texas.  He holds a Bachelor of Music degree from Baldwin Wallace Conservatory. Kristopher has been fortunate enough to travel all over the world doing what he loves. He has 15 years of experience in the performing arts industry working in different mediums from Opera, TV, Film, and Broadway. Some of his credits include: The Book of Mormon (1st and 2nd National Tours and also in Australia and New Zealand), Mamma Mia at the Hollywood Bowl, Dear World starring Tyne Daly, Anything Goes Revival directed and choreographed by Kathleen Marshall, Billy Elliot, The Color Purple starring Fantasia, Featured Performer in Broadway Classics at Carnegie Hall, and he also had the extreme pleasure of appearing in the World Premier of the musical The Nutty Professor directed by the late legendary comedian Jerry Lewis. When not performing, he is also a faculty member of Joffrey Ballet School’s Summer Musical Theatre Intensive in NYC where he teaches acting and audition technique. Kristopher also served as   Director of the Music Dept. when the company traveled for workshops in Cape Town and Johannesburg, South Africa.