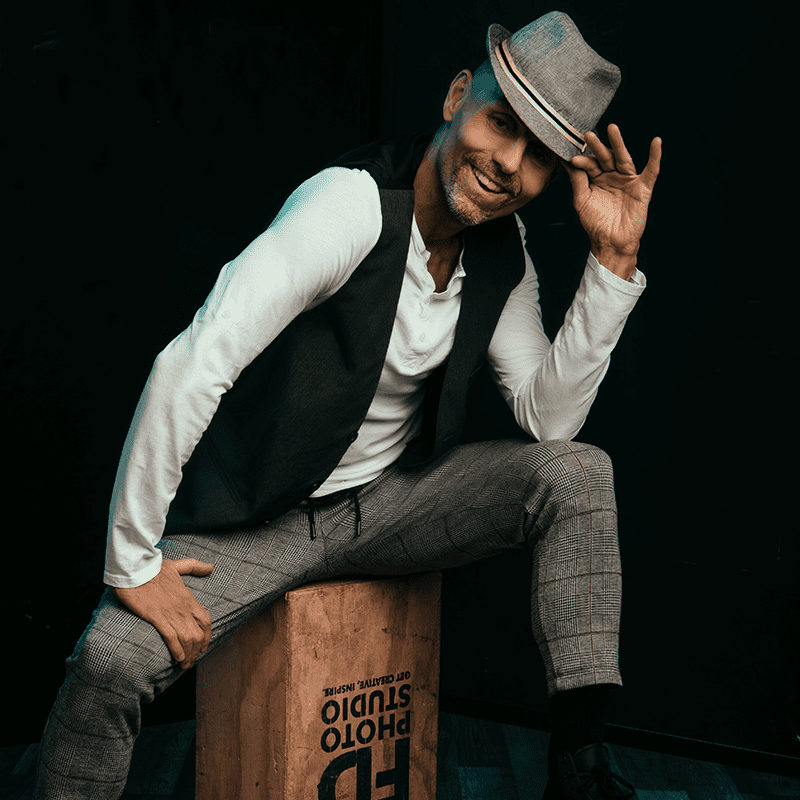 John Vincent Leggio made his Broadway debut in the original production of CATS, playing the role of Tumblebrutus. John enjoyed a full year on tour with CATS prior to Broadway, playing the role of Mungojerrie, and in both companies was the understudy to Mr. Mistoffolees. John danced on Broadway and Broadway tours, including the revival of My Fair Lady, starring Richard Chamberlain, and Show Boat, starring Tom Bosley, working with choreographer Susan Stroman and Director Hal Prince. John went on to play the role of Frank Shultz in the Broadway tour of Show Boat for two months before landing the role of Benjamin in the Broadway tour of Joseph and the Amazing Technicolor Dreamcoat. John was a featured performer on the The Rosie O’Donnell Show (choreography by Chris Gattelli), and was part of a CATS Broadway sketch on Saturday Night Live.

John began his professional career at the age of sixteen, singing and dancing at the world premiere of the movie, “Six Weeks,” starring Dudley Moore and Mary Tyler Moore. Barbra Streisand was a guest that evening as John sang the song, “Life is a Celebration.” Early in his career, John worked with legendary Broadway composer, John Kander, in the musical, “The Happy Time,” at the Lyric Opera of Kansas City, performed in productions at the Kansas City Starlight Theatre, as well as Opryland USA, Disney World, and as lead singer/dancer on Royal Caribbean Cruise Line.

John turned his attention to directing, choreographing and teaching, moving to Florida, where he opened a performing arts center, John Leggio’s Center for the Performing Arts, inspiring a whole generation of students to follow their dreams. His students have performed on Broadway, Radio City Rockettes, and theatres and venues around the world. In Florida, John joined the team at Walt Disney World, to help stage the Epcot Millennium Parade, was the Assistant Director and Choreographer for the national tour of Cirque Dreams Holidaze, was the resident choreographer for the Jaeb Theatre in Tampa, and Artistic Director and Choreographer for two seasons for the Show Palace Dinner Theatre. John spent thirteen years as Artistic Director and teacher at his performing arts school before returning to NYC in 2015.

In the past year John has taught for the “Making It On Broadway” Intensive, sharing the platform with Broadway stars Kelli O’Hara, Annaleigh Ashford, Sierra Boggess, Norm Lewis, and others. the Joffrey Ballet Jazz/Contemporary program, where John’s choreographer was featured at the Joffrey Winter Concert as well as their summer finale show at Symphony Space. John was a guest teacher for the Cleveland Musical Theatre dance intensive, along with Broadway Tony Award Winner, Kathleen Marshall, and taught for the Broadway Dance Center’s International program, and now teaching regularly at STEPS on Broadway.