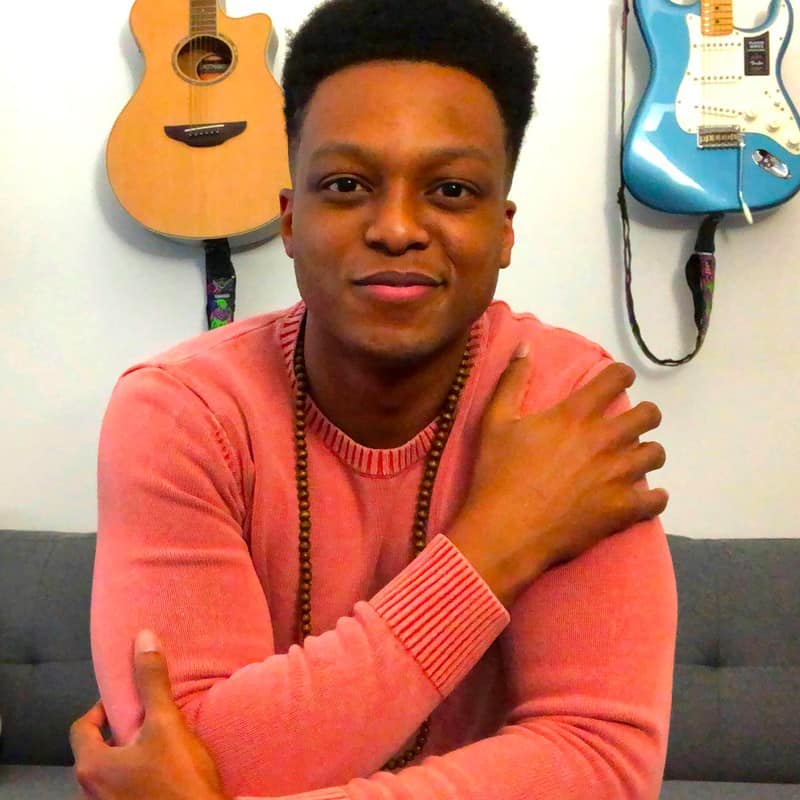 J. Quinton Johnson made his feature debut in Richard Linklater’s EVERYBODY WANTS SOME! after scoring the role while studying at the University of Texas at Austin (also literally scoring an end-credits special feature for the film). He followed that up with roles in AMC’s THE SON with Pierce Brosnan and ABC’s DIRTY DANCING with Debra Messing and Sarah Hyland, the latter prominently featured Q’s musicianship. While working on DIRTY DANCING, he established a working relationship with Andy Blankenbuehler, the Tony winning choreographer of Hamilton. From that relationship, Q landed his Broadway debut in Hamilton as Hercules Mulligan/James Madison and performed 500 shows. He also reteamed with Richard Linklater for Amazon’s LAST FLAG FLYING opposite Steve Carrell, Laurence Fishburne and Bryan Cranston. On stage, he has been in productions of In The Heights and Footloose at the Kennedy Center in Washington DC as well as the Tony nominated play Choir Boy. Most recently, he completed his first starring role in the indie thriller-horror film THE SUMMONED.

As a composer, Quinton was accepted as a finalist to Theatre Now New York’s SOUND BITES 10 minute musical festival with his show Headspace. In the fall of ‘22, he will join the BMI Musical Theatre Writer’s Workshop as a first year student. He is currently working on music and lyrics for a brand new “Alice in Wonderland” adaptation entitled Alice’s Wonderland which brings the classic story to the modern technological world. He plays the piano, bassoon, electric guitar, synth keyboards and ukulele to name a few. He also teaches, writes and music directs for regional theater companies and universities. He is currently focusing on composing musicals, film scores, and other original music.