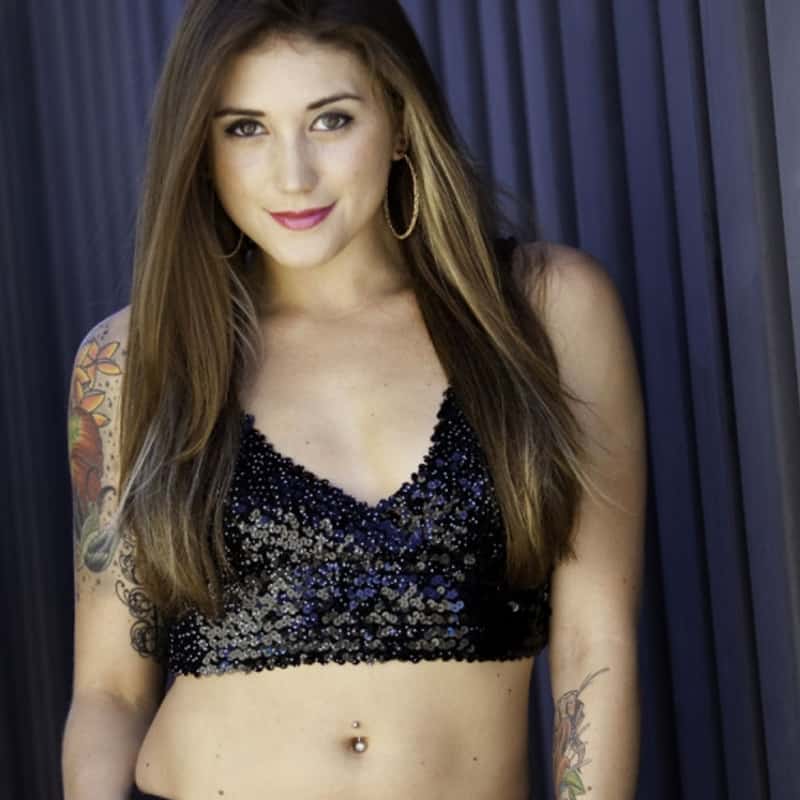 Casie “Tynee” Goshow is a hip hop choreographer and break dancer, who has been teaching both hip hop and break dancing for the past 12 years around the country. She is originally from Harleysville, PA and went to college at Penn State University. At Penn State she became President of the hip hop dance club, R.A.M. Squad. While there, she trained extensively in popping, locking, and breakin’. Casie helped elevate the annual all-styles/b-boy battle at Penn State called, “Rhythm Spotlight.” She was, also, on staff for Penn State’s continuing education program as a hip hop dance educator and brought many well-known dancers in the industry to host workshops on campus for students to gain more knowledge into the commercial dance world. Since graduating with her Bachelor’s Degree, has lived in both New York City and Los Angeles to continue her training, work in the commercial dance industry and pursue her dreams. Casie has worked side by side with various artists and organizations such as Karmin, TT The Artist, Chris Porter, Chris Brown, Lil John, PSY, French Montana, Beats Headphones, the NBA, Adidas and was a Las Vegas Season 12 Street Finalist on So You Think You Can Dance? Currently she is touring around the country teaching kids of all ages at studios, conventions and competitions. Casie has worked for Excel In Motion, Joffrey Ballet’s Summer of Hip Hop Intensive NYC/LA/Las Vegas, Shake the Ground, Alvin Ailey, Legacy Dance Championships, Turn It Up, Headliners Dance Championships, In The Groove, EQUINOX and more over the years. She has started her own mentorship program in NYC, where she now resides, and she personally mentors eight young dancers in street and commercial dance. Casie owns her own clothing line, Goshow Yourself, which was created in response to the bullying occurring around the country. She wanted a clothing line that inspired people of all ages and walks of life to have the courage and confidence to be themselves (www.goshowyourself.com).