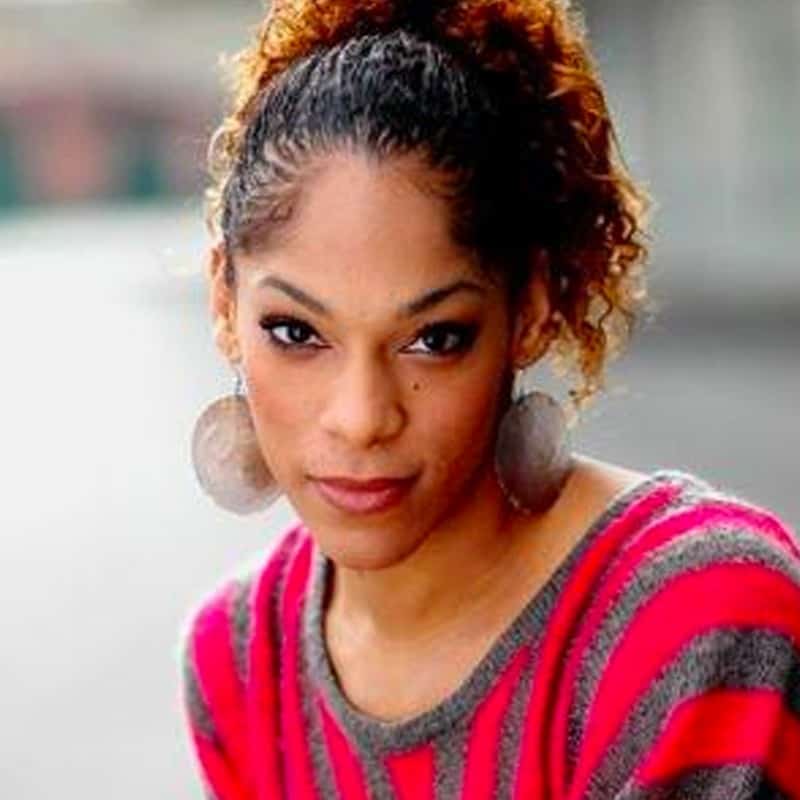 Sumayah McRae is from Queens, NY. She fell in love with dance at Bernice Johnson’s Cultural Arts center. She is a graduate of LaGuardia H.S. of Performing Arts, known as “The Fame School”. She continued her training as a scholarship student at Alvin Ailey American Dance Center. She earned her B.F.A. from The Juilliard School under the direction of Benjamin Harkarvy.

Sumayah performed in concert dance companies such as, Fred Benjamin Dance, Pascal Rioult Dance Theatre, BattleWorks and The Parsons Dance Co. While at Parsons, Sumayah was privileged to perform David Parsons Signature Solo “Caught”. She also performed Caught with David Parsons in a rare duet at The Joyce Theatre’s Anniversary Gala. She assisted Mr. Parsons while he choreographed “Shining Star” on the Alvin Ailey American Dance Theatre. She also taught and set his piece “The Envelope” on the Carte Blanche Dance Co. in Norway. Sumayah performed in Broadway’s 1st National Tours of Disney’s The Lion King and Oprah Winfrey’s The Color Purple. In The Color Purple, Sumayah played Olivia and was a Dance Captain. She also performed on Broadway in a tribute for The Wiz with several original cast members. She has also performed excerpt tributes of Hamilton, Chicago, West Side Story and Phantom of the Opera for E Plus Productions.

Sumayah has been a featured dancer with CHER for over 13 years performing in her Las Vegas residencies at Caesar’s Palace, The Park MGM, & MGM National Harbor in D.C. She has also performed in music videos and on her international and domestic tours, Dressed to Kill, Classic Cher, and Here We Go Again Tours. Sumayah has also accompanied Cher on private performances around the world.

She has performed on the BET awards with Toni Braxton. Her tv credits include, The Voice, New Year’s Rockin’ Eve w/ Dick Clark, Dancing with the Stars, America’s Got Talent, The Today Show, Good morning America, Billboard Music Awards, and The Oprah Show with Cher & Tina Turner. She also performed at The Met Gala with Cher. In Las Vegas, Sumayah was the Assistant Choreographer for the Donnie & Marie Christmas Tour. She also performed in Vegas The Show at Planet Hollywood. Sumayah was on faculty teaching for LaGuardia H.S. of P.A., Eliot Feld’s Ballet Tech, and she taught and choreographed for The Joffrey Ballet School NYC Summer. She has also judged and taught for dance competitions such as Dancers INC, Sheer Elite, LV Dance Experience, ViewPoint and Regional Dance America.

Most recently, Sumayah is honored and excited to have been appointed Ballet Mistress and Coach for Contemporary West Dance Theatre and Conservatory under Founder and Artistic Director Bernard Gaddis.